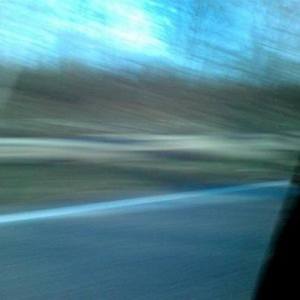 The concept album is very much a dying art in this era of Itunes downloads and shortening attention spans, but it was arguably the most important art form of the 20th century, or at least the later part of it. Laudably, and perhaps bravely, Fred Marcoty, a composer/multi-instrumentalist/vocalist from Belgium (as well as producer, mixer and engineer of this project) has attempted to go against the tide of ‘dumb it down’ and has written and recorded a near hour-long album depicting a psychological journey from adolescence to old age. It embraces too many influences and genres to mention, but reference points would be albums Pink Floyd’s The Wall, Radiohead’s OK Computer and epic classical composers like Richard Wagner.

Opening track What Is Going On? sets the dystopian tone of the album, starting with glitchy electronic noises and a fractured guitar line. The lyrics are highly poetic, bringing to mind T.S Eliot’s The Waste Land at times (“The river now seems frozen and the wind is dead“). The music builds gradually into a powerful electro-rock track, the lyrics capturing the confusion and emotional turmoil of adolescence. Marcoty has the perfect voice for the material, sounding like a cross between Peter Gabriel and NIN’s Trent Reznor. Brass makes an unexpected but welcome appearance towards the end, adding to the musical tour de force.

The intensity does not let up with the next track You’ve Stolen Millions, perhaps the most visceral song; taut, muscular guitars doing battle with thunderous drums and Marcoty’s angst ridden vocals. It is a novel, potent blend of rock, blues, funk and jazz and the level of detail is exceptional, with almost every second bringing in another layer of sound or instrumentation. It leads to a brilliant chorus and a memorable trumpet solo towards the end. It is undoubtedly my personal favourite on the album.

Things mellow out a little with tracks three and four, Waiting For A War and Out of Sight. The former has a reggae feel that brings to mind The Police, while lyrically it could be describing the character’s psychological situation but also the ever-present threat of global war, which we all have to live with in the modern world. Out of Sight takes another musical left-turn, a jaunty vocal melody set to the backing of a country waltz replete with slide guitar and lilting brass. Lyrically, it is intriguingly opaque, the chorus running “Can’t you see I’ve drawn an invisible line?“.

Next track Nothing Here’s Real is a complete contrast again, for the most part a brooding instrumental of jagged, angular guitars and frenetic exotic percussion that conjures up a soundscape of a mind in turmoil, a whispered voice intoning ‘take me away‘ now and then. However, for the last minute and a half it bursts into full song, leading to a powerful ending that shows Marcoty at his most Pink Floyd-esque. Come To Me acts as light relief after such intensity, a mid-paced bluesy track with a Latin feel that brought to mind Buena Vista Social Club, and a nice Santana-style guitar solo.

While You Look Away takes an unexpected but rather fun trip to Dixieland, sounding like something from Tom Waits’ classic Swordfishtrombones album. It is immensely catchy, and I loved the succession of solos featuring kazoo, trumpet and saxophone. In keeping with diverting contrasts, eighth track The Shore takes us to sombre waters, a sparse and haunting verse leading to an epic, powerful chorus with some breathtaking chord changes. In an interview, Marcoty says this section of the album represents the character entering old age and you can feel the world weariness in the music. A superb, highly ambitious but fully realised song and a real highlight for me.

The final two tracks, Inertia and The Swan Lullaby, seem particularly connected as they deal with the approaching death of the character. Inertia is suitably mid-paced with a beautiful descending melody that returns in different guises throughout the song. Lyrically, it features the telling line “Don’t be afraid of your last journey…”. Final track The Swan Lullaby is another rock epic with shades of Led Zeppelin and is poignant as well as very uplifting, dealing lyrically with the act of dying itself: “Just follow the guiding light and fly away.…” before ascending guitar lines and celebratory brass take the music up to the heavens. It ends, tantalizingly, on an unresolved note and the listener is left hanging in the air. It is clearly symbolic, bringing to mind the last minute of The Sopranos.

Overall, this is a remarkable album, hugely ambitious in its musical scope and variety, and lyrically brave in dealing with the darker aspects of life (and death). It is a timely reminder of how powerful an album can be when it has a theme, making it as important an art form as a great novel or film. The complexities of the music will reward repeated listening and, if there’s any justice, Marcoty will be recognized for making a concept album that is up there with the best of them.