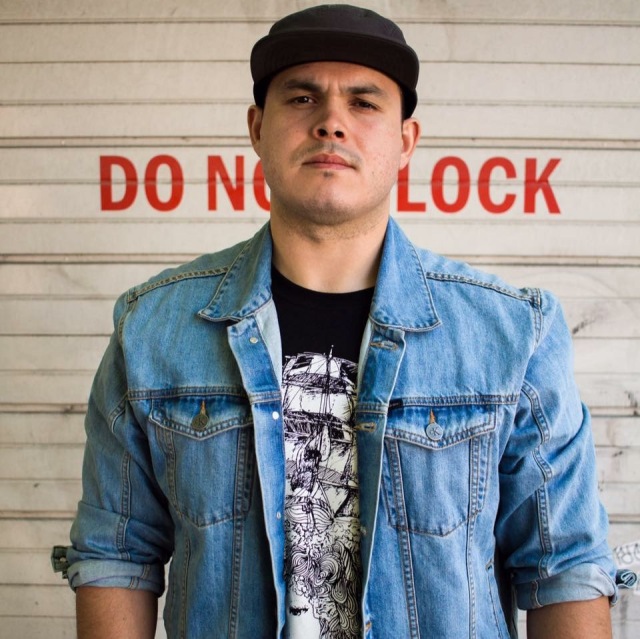 Diveyede is an alternative hip hop artist based in Seattle but from California. He regards himself as a “Style of No Style” MC as his lyrics are more poetic, contemplative and abstract than what is found in most hip hop. After touring with Rhymesayers in 2015, he began releasing an EP series called The Fallout. He is also now a member of the NW supergroup Oldominion and a founder of the CA trifecta The DynoNauts, and has shared the stage with many artists including Zion I., ill Methods, Mac Lethal and many more.

This EP, there is no cure/they will be the death of me, consists of six tracks. Although he regards his style as “no style”, to his credit he has forged his own signature sound, which combines dark but compelling Massive Attack-esque soundscapes overlaid with Diveyede’s thoughtful, philosophical and troubled lyrics.

First track, midnight thoughts on alki, is a fine example of this from the opening lines: “Staring into the iris of a fog, a beautiful virus….” and the chorus hook, “Bitter cold…I needed this walk, I needed this talk amongst my thoughts….” Second track, i lost my mind in seattle, is more dark and intense with a powerful, gripping performance from Diveyede. The hook is addictively catchy and Nirvana fans will appreciate the lyrical quote in the pre-chorus: “I love you, I’m not gonna crack….”.

The third track, confessional, is brutal in its unflinching honesty and self-laceration (“I’ve cheated on every girl I’ve ever f*****….”) yet still holds out for possible spiritual redemption: “Luck’s always been a lady till karma turned up, and I bleed my guts to the deity up above“. A gripping piece of music, dealing with the deepest themes of the human condition.

Fourth track, phoenix down, maintains the dichotomy of dark and light over a languid, yet unsettling musical backdrop. The chorus imagery hits home pretty hard: “Now she lays down to sleep and if I die she will resurrect my life….”. I could be mistaken, but this track could be about one of his major influences Eyedea, who tragically died in his sleep and was discovered by his mother.

The Fifth track, catacombs, is more aggressive and hard hitting, with a punchy lyrical delivery that brought to mind the track Ill Manors by Plan B. The wordplay and verbal gymnastics involved showcase Diveyede’s obvious gift as an original MC. It’s also where we get the EP’s title.

Final track, black winter, completes the musical journey as a ‘descensus ad inferos’ (descent into hell), with a haunting piano melody underpinning a bleak but captivating depiction of a troubled soul wrestling with his demons: “This is my black winter, the cold whispered to my soul and I let her...”.

Overall, this is a very fine EP that packs a considerable punch in terms of lyrical depth and musical force. His uniquely poetic yet urbane style sets him apart from the great majority of his hip hop contemporaries and deserves to be regarded as a serious artist with a lot to say about life and being human. In short, he shows that hip hop can make for great art.