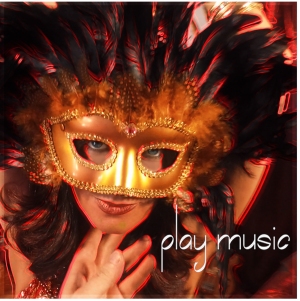 Rousing Flow is the musical brainchild of a man who prefers to remain anonymous. The only biographical information I have is that he wrote, played and produced this album which he describes as ‘twelve tracks of slow sensual ambience that invites sensuality’. All the music is instrumental, what you would call ‘chill’ in terms of genre, with slight overtones of rock, but it is understood best as mood music for an amorous evening, shall we say.

This can be ascertained merely from the track titles, with opener Intimate Heat providing a suitably sultry and sensual vibe to kick things off. Starting with a pulsing, gradually building beat, a moody bassline combines with an exotic guitar line and atmospheric synths to create an intoxicating musical concoction.

In Haze maintains the sound but with a more urgent, punchy beat and a more expressive bassline. It is very well programmed and performed, the music growing and expanding across its seven minutes, with some powerful electric guitar towards the end. Leather Impact slows things down and sounds as rude as the title suggests, with a throbbing low end (no pun intended). This is the kind of music that the Fifty Shades of Grey film needed, not the fluffy pop of Ellie Goulding!

As I Please returns to the more up tempo style of In Haze, with superb bass playing that provides both driving groove and melodic interest. The seven minute, saucily named Salty Kisses is so steamy you can almost see the smoke rising, with a bassline best described as positively pornographic. Again the tracks builds gradually, almost imperceptibly, the music full of subtle nuance.

Trust Me keeps the languid pace going, with some Muse style low-end guitar lines being the main melodic focus. The beat has an urgency and momentum that breaks out into a funky stomp halfway through, with a nice hi-hat groove. Make A New Choice and Handprint maintain the mood and momentum nicely, while Open Your Mind has a slinky groove (that brought to mind Madonna’s also rather fruity Erotica) and a spacey synth melody taking centre stage.

Not Yet is perhaps the track could be most easily categorized as ambient, with a very laid back beat and some classical style synth melodies that weave in and out. Warm Breath continues the chilled ambient mood, but with a much fuller beat, whilst the closing Fingertips has some deft guitar work that gives it almost a country feel. It’s an excellent way to close the album.

Overall, this is a hypnotic and strongly sensual collection of instrumentals that have been very well composed, performed and produced. Rousing Flow has developed his own niche and musical style, which is not easy to do in the instrumental genre. I think his music would be perfect to use in TV and film soundtracks, which could be the way for it to reach a wider audience.